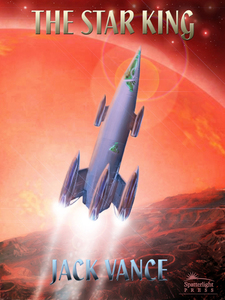 "Revenge is not an ignoble motive, when it works to a productive end. Your work will be the destruction of evil men..." These words define Kirth Gersen's destiny. Gersen has but one purpose: to destroy the five Demon Princes, most notorious criminals in the Reach. The murder of a lonely locator on Smade's Planet sets Gersen after his first quarry - the grim and inhuman Attel Malagate.