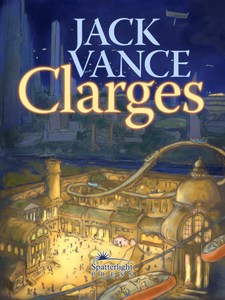 In the far-future city of Clarges, you can live forever – if you can make the grade.

In Clarges, everyone competes for the ultimate prize: immortality. Gavin Waylock had that prize – the live-forever rank of Amaranth, but lost it when he was accused of murder. Now, after seven years in hiding he begins again the struggle to reach the top. But a strong-willed woman, The Jacynth Martin, is determined to see him fail – and failure means death.

Is murder really murder when the victim is hot on the trail of her killer, hoping to deny him immortality? Jack Vance tackles the enormous problems presented by eternal life, granted by civil authority, amid overcrowding and strident competition for the prize.