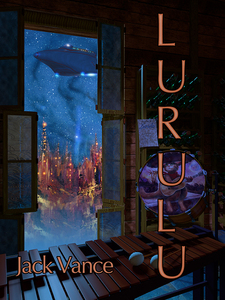 Myron Tany continues his picaresque wanderings, begun in Ports of Call, as supercargo on the space freighter Glicca. Traveling from world to world, in search of lurulu, a myth-inspired state of existence best described as “fulfillment of heart’s desire,” Myron encounters unexpected delights and perils among the peculiar civilizations of the Gaean Reach, and among the pilgrims and mountebanks who take passage on his ship.

SF Grandmaster Jack Vance’s last novel, Lurulu is a lyrical testimonial to a simple truth: most important in a voyage is what happens along the way.