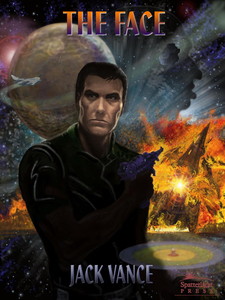 Kirth Gersen tracks Lens Larque across several worlds, most notably Aloysius, the desert world Dar Sai and the more temperate Methel. He eventually learns that Larque is a rachepol Darsh, born Husse Bugold, who became a notorious criminal renowned for his magnificent, if often grotesque and horrifying, jests.